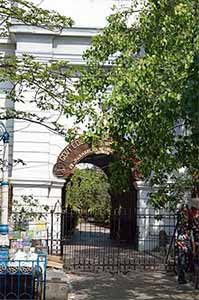 The school opened on August 16, 1854 at Garanhata as a private art school. The school was shifted to the building of Mutty Lall Seal in Colootola in November, 1854. In 1859, Garick joined as Head Teacher. In 1864, it was taken over by the government and on June 29, 1864 Henry Hover Locke joined as its principal. It was soon renamed as the Government School of Art. Locke made a comprehensive scheme of Curriculum of studies for the institution. The venue of the school was shifted to 166, Bowbazar Street in the 1880s. After the death of Locke on December 25, 1885 M. Schaumburg became the new principal. A new post of an Assistant Principal was created and on January 29, 1886 an Italian artist O. Ghilardi joined the post. In February, 1892 the institute was shifted to its present site adjacent to the Indian Museum. After the death of its principal, Jobbins Ernest Binfield Havel joined the school as its principal on July 6, 1896.
ADMISSION
(Apply, Merit List and Admission Informations)
Apply Now

RANKINGS 2023
(based on NIRF ranking)